Back in high school and college, there was not a designer I worshiped more than Gianni Versace. You need to understand, this was the time of the Elizabeth Hurley safety pin dress and the ads with megawatt supermodels with one name like Helena, Linda and Christy. (Man, do I love this image. )

Versace played an interesting role in my life when I was spending an uphappy semester at UCONN (nothing wrong with the school, just not the right fit for me). That fall, it was a Versace exhibit at FIT that lured me to NYC for a weekend. I saw the exhibit, fell in love with the school (I was already seriously in love with NYC!), and convinced my parents to let me transfer schools (again!) so I could spend my final college years in NYC. Best career move I ever made. Thanks Mom and Dad! 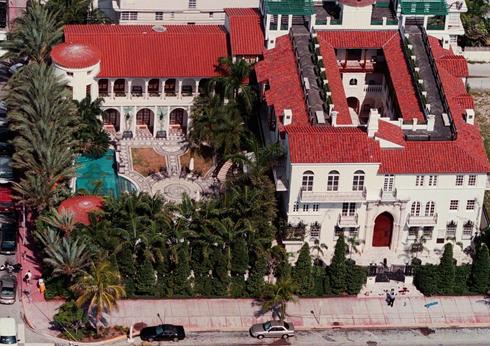 Years later, I was an assistant at ELLE when I heard that he had been murdered on the steps of his mansion. I can still picture where I was when I heard the news.

I was heartbroken and vowed to visit Miami one day to pay my respects. Well, a few years later I took that trip to South Beach and was floored with the location of Casa Casuarina. For anyone who has never been there, his manse was right on South Beach, in the middle of all the tourist traps and right across from the public beach. Needless to say I was still dying to get behind that gate.

Then a few years ago, I had the chance to get inside. I was back in Miami when I found out that the mansion had become a hotel and restaurant so I decided to visit for lunch. And this week when I heard it had been sold again (more on that in a sec), I had to go and dig up my pictures from the visit. Check it out:

Everywhere you looked, there was opulence.

How beautiful is that tile? 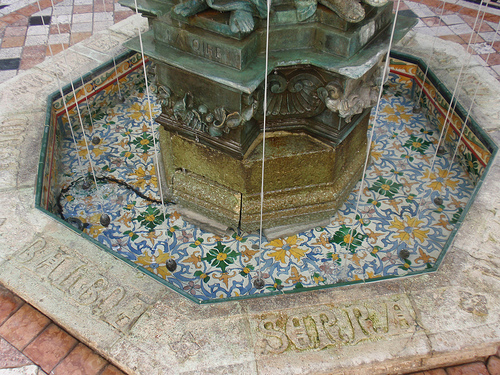 I didn’t get to see the whole space–the restaurant was in the courtyard–but I was able to take a look at the pool area. These steps lead from the courtyard to the pool.

I can’t imagine the time it would take to do this kind of work. (Note: This is so not my style but I find it fascinating. Don’t you?) 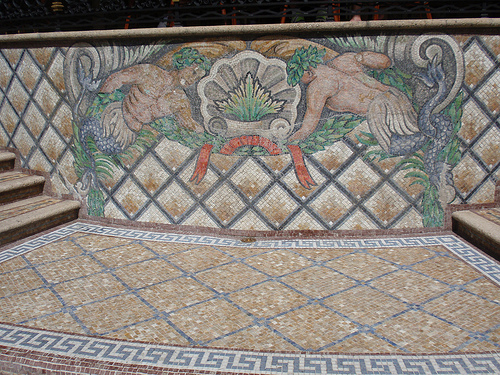 In case you forgot who’s house you were in. 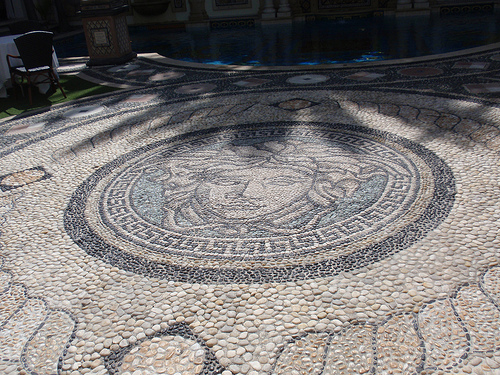 Courtyards are such a European concept. I wish we had more of them in the US. 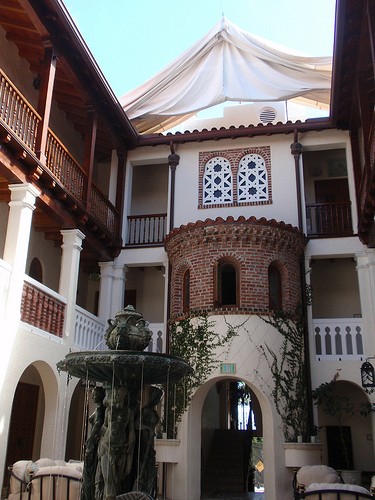 But the most ridiculous, over-the-top, display of ostentatious behavior was the restaurant’s bathroom. (Image via Born Rich.)

Yup, you’re seeing that correctly. It is in fact a carved marble toilet with a gilded lid.  Ah, Gianni Versace. You were one-of-a-kind.

And it seems that Versace has been popping up a bunch in this past week’s news.

VERSACE IN THE NEWS #1) I heard that the mansion was sold to the Jordache Jeans heirs for $41.5 million. That’s a lot of denim.

VERSACE IN THE NEWS #2) On October 5th Lifetime will air an original movie, “The House of Versace” starring Gina Gershon as Donatella and Enrico Colantoni as Gianni. Image via MyLifetime.com

Gina’s got the lips down. Image via ABCnews. 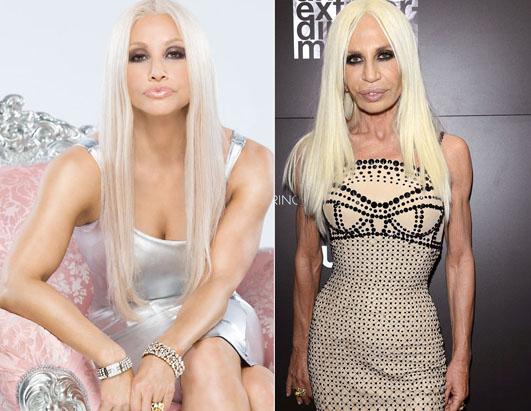 I love this guy and think the casting is great. (Enrico, I’ll forgive you for Just Shoot Me, which was the worst portrayal of a fashion magazine ever, because of your fine work on Veronica Mars.) Image via Styleblazer. 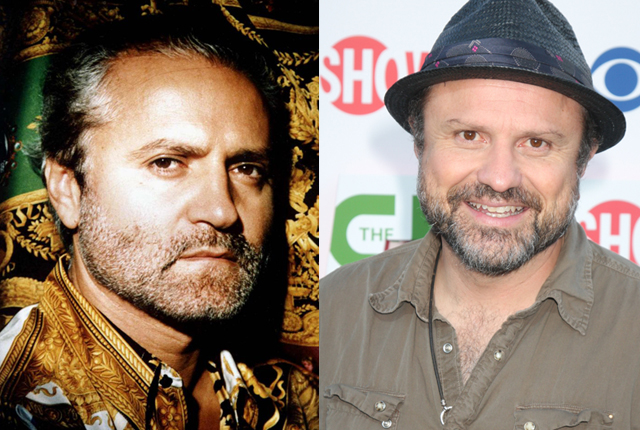 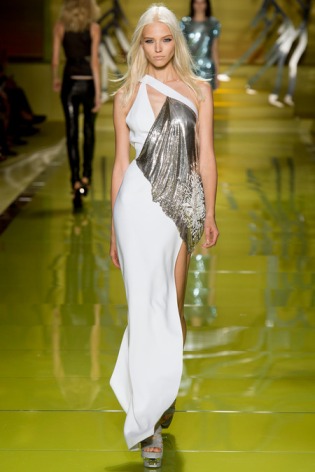 Seeing the weather report (50s and 60s coming soon! 😁) has got me dreaming of spring! Doesn’t this amazing art from photographer @carlacoulson make you feel like we’re almost there? (Also PARIS! It makes me feel like it’s not just springtime — but springtime in PARIS! So dreamy!) Which spring flower are you most excited for?